You are here:
Home
News Releases
Warning of high risk of deer on roads

Warning of high risk of deer on roads 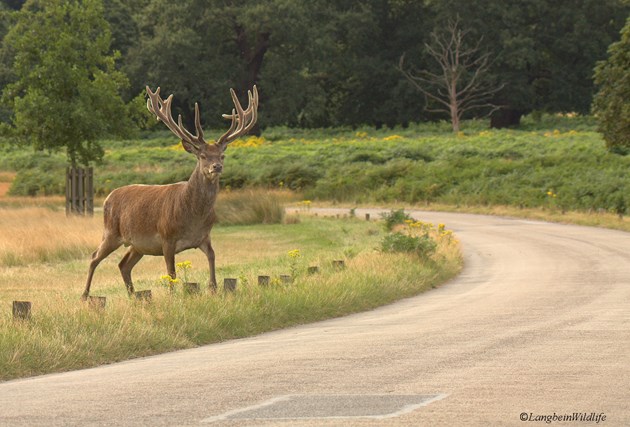 With increased collisions between deer and vehicles at this time of year, Scottish Natural Heritage (SNH) is warning motorists to slow down and be on the lookout for deer on the road.

Incidents of deer-vehicle collisions (DVC) usually increase in May and June, as young deer disperse to look for their own territories.

In response to the risk, SNH, working with Transport Scotland, have arranged warning messages to be displayed on variable messaging signs (VMS) on trunk roads across Scotland from Monday, May 20 to Monday, 10 June.

The VMS messages are targeted on roads with higher rates of deer-vehicle collisions, covering areas within the Central Belt around Glasgow and Edinburgh, as well as in ares around Stirling, Kinross, Perth, Dundee, Aberdeen and Inverness. The signs display the warning message: ‘Caution: high risk of deer on road.’

It’s estimated that collisions between deer and vehicles could be as high as 9,000 per year in Scotland, resulting in 50 to 100 human injuries. The majority of collisions take place in early evening through to midnight, with another peak occurring from 6am to 9am.

Over the past 50 years, the number of wild deer in Scotland has increased, as has their range. In the same period, the volume of road traffic has almost doubled. This combination has led to increased deer-vehicle collision rates across the country, with the greatest jump occurring in Aberdeenshire, Fife and the Central Belt.

"Particularly in peak times, we advise motorists to slow down and watch for deer crossing roads. Be aware that if you're driving near woods, deer can suddenly appear before you have time to brake. If you do hit a deer, report it to the police even if you’re uninjured and your car isn’t damaged, as the deer may be fatally injured and suffering."

“In Scotland, as in the rest of the UK and many other European countries, wild deer populations have significantly expanded their ranges over recent decades. Roe deer in particular have become well established in the urban fringe of many major towns and have also spread into parks and other green spaces close to the centre of cities such Glasgow, Aberdeen and Edinburgh. Although many people think most accidents with deer and vehicles occur on more remote Highland roads, in Scotland at least 40 percent are recorded on A-class trunk roads or motorways.”

“As the government agency responsible for the trunk road network, Transport Scotland requires our operating companies to prepare annual Deer Management Plans to take account of the likely impact of deer on the network and to develop possible mitigation strategies in association with adjacent local landowners.  The annual VMS campaign, organised in partnership with our colleagues at SNH, forms part of this approach and is a useful means of ensuring road users are aware of the potential risk of wild deer crossing the road at this time of year.”

Driving tips to avoid deer include:

The 2011 Wildlife and Natural Environment (Scotland) Act introduced a Code of Practice on Deer Management to help everybody who owns or manages land on which wild deer occur to deliver sustainable deer management.

The Deer Vehicle Collisions Project is attempting to build a full picture of deer-related motor vehicle accidents in the UK. For more information, see www.deercollisions.co.uk.

Detail on how figures were determined is available in reports at http://www.deercollisions.co.uk/pages/latest.html