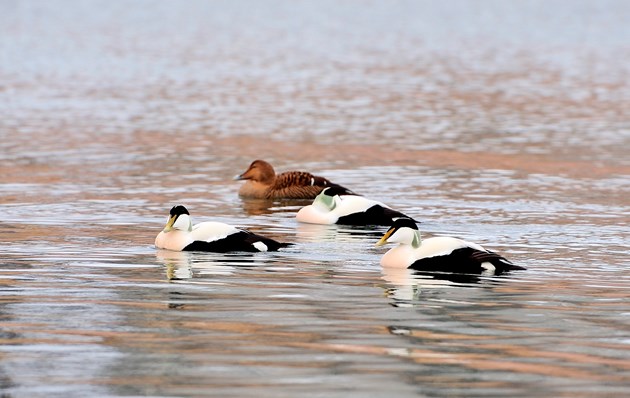 The surveys covered the Scapa Flow proposed Special Protection Area (pSPA) and the North Orkney pSPA. The population estimates for the species surveyed were the highest yet recorded, totalling over 11,460 birds in North Orkney and 9,680 birds in Scapa Flow.

The surveys confirm the international importance of these waters to wintering waterbirds indicated by previous surveys, dating back as far as the 1970s. In fact, the work found that Orkney holds more than 40% of great northern divers, Slavonian grebes and long-tailed ducks wintering in Great Britain.

“Orkney is a special place for wildlife, including wintering waterbirds. These surveys vividly illustrate how important Orkney’s seas are to these birds, some of which migrate long distances from breeding grounds in Northern Europe to winter here.

“It’s remarkable that more than 40% of some of waterbirds overwintering in Britain are found in Orkney waters.”

The surveys included five complete counts of North Orkney pSPA and four of Scapa Flow pSPA between November 2017 and March 2018. The surveys were mainly done from the shore with additional boat-based counts in central Scapa Flow; they were the first surveys to fully cover both sites by these methods in a single season.