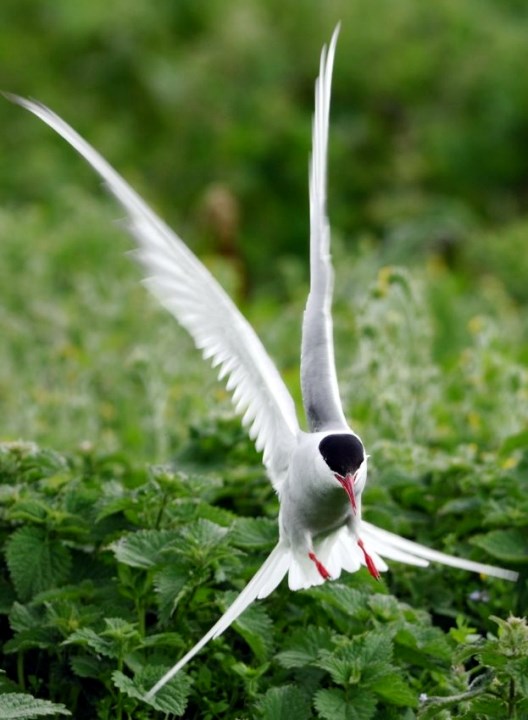 Remains of a seabird found on Forvie National Nature Reserve have been confirmed as the UK’s oldest ever recorded Arctic tern.

First ringed as a chick at Buddon Ness in Angus, the tern was discovered at the Scottish Natural Heritage (SNH) nature reserve in Aberdeenshire and found to be 32 years old, almost to the day. An average tern lives for only about 13 years. The previous record holder was a tern recaptured on the Farne Islands in 2010, just over 30 years after being ringed as a chick.

Arctic terns are one of the most remarkable birds that visit our shores. Their pole-to-pole migration is the longest known annual journey by any animal. By moving continually between Arctic summer and the Antarctic summer, the tern sees more daylight than any other creature on earth. This also means they clock up considerable distances – up to 44,000 miles each year.

Daryl Short, Reserve Officer at Forvie, found the bird. Daryl said: “It’s incredible to think that the bird I found flew the equivalent of to the moon and back, and then back to the moon and some way home again!

“Arctic terns are amazing animals. The birds are currently protecting their chicks at Forvie and other nature reserves around the country and they’re not afraid to give you a bump on the back of the head if you get too close to their nests. But unfortunately for them, terns are prey for some other seabirds, such as falcons and large gulls. So there was certainly an element of luck to this bird’s long life.”

The record-breaking tern will have survived predators, cruel storms and food shortages to possibly parent well over 50 chicks. It probably visited more countries, more often, than any human ever has, travelling well over a million miles in its extraordinary lifetime.

Stuart MacQuarrie, Head of Nature Reserves for SNH, said: “This incredible little bird was first ringed on a Special Area of Conservation and found again 32 years later, not too far away, on one of our national nature reserves. As well as evidence that the bird regularly returned to this part of Scotland to rear its chicks, this shows the importance of our protected areas and nature reserves for wildlife.

“Scotland’s nature reserves are beautiful places for people to visit. They are also carefully managed for conservation and important places for research, making a real contribution to tackling biodiversity loss. Our reserves constantly surprise and delight in equal measure and this little bird captures something of what makes them so special.”

Forvie is one of about 45 NNRs in Scotland. NNRs are special places that look after some of the best of Scotland’s nature on behalf of everyone who lives or visits Scotland, and they provide unique opportunities to visit, enjoy and learn more about Scotland’s nature. For more information, see www.nnr-scotland.org.uk. 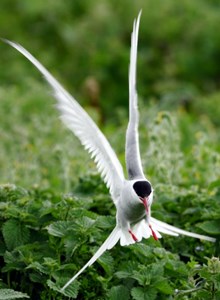 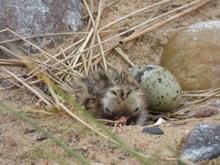