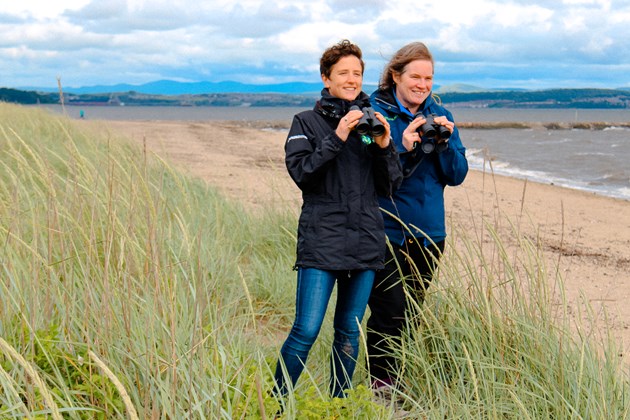 14 projects across Scotland have been confirmed as the first recipients of Scottish Natural Heritage’s Biodiversity Challenge Fund, sharing a total of £1.8 million over a two-year period.

Biodiversity is all the different types of animals, plants and other organisms in our natural world. People know that climate change is a big issue but not as many know that nature – and biodiversity loss – is also a global and generational threat to human well-being. However, enhancing our nature is also recognised as being part of the solution to the climate emergency.

The funding will support large-scale projects that aim to deliver rapid change on the ground to help our most at-risk habitats and species, including mammals and birds, connect existing nature reserves and tackle non-native invasive species.

Rural Affairs Minister Mairi Gougeon visited a newly funded project - The Wild Line – in Edinburgh. The Wild Line is a strip of wilderness that edges the land and the sea which has become increasingly narrow due to urban development. To boost nature and resilience to climate change, a network of species rich wildflower meadows to provide habitats for pollinators will be created. On shore retrofitting artificial habitats will enhance sea defences and protect people and nature against sea level rises providing homes for intertidal species, and invasive species, which outcompete native ones, will be removed.

Minister for Rural Affairs and the Natural Environment Mairi Gougeon said: “I am delighted that, through the Biodiversity Challenge Fund, the Scottish Government and SNH can support these fantastic projects across the country to safeguard some of our most vulnerable species and habitats, and protect them from invasive species. Their success will play a crucial role in our efforts to improve nature and help Scotland meet its international biodiversity commitments.”

SNH Chief Executive Francesca  Osowska said: “Nature loss is one of the key drivers of climate change – but it’s not too late to act. In fact, improving nature is also one of the solutions to the climate emergency.

All images free to use. Hero image shows Minister for Rural Affairs and the Natural Environment, Mairi Gougeon, looking for wading birds on Cramond shoreline, with SNH’s Head of Geodiversity and Biodiversity, Dr Kath Leys. 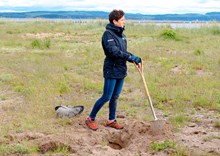