You are here:
Home
News Releases
Helping tadpoles grow up into gardeners’ friends 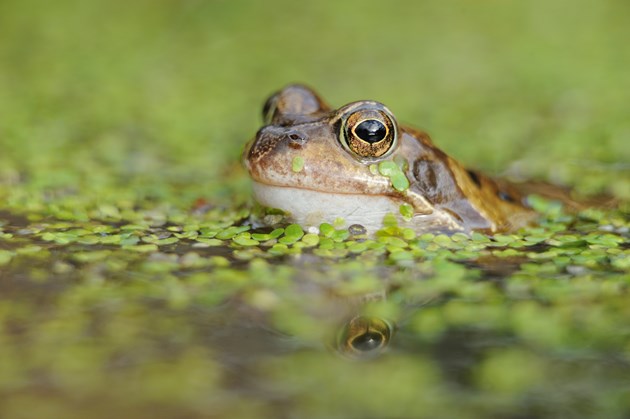 Gardeners peering into ponds at this time of year could be in for a nice surprise. The thick, jelly-ish clumps of frog spawn floating free and long strings of toad spawn, wrapped around water plants, will soon turn into a mass of wriggling tadpoles. And with a bit of help, they can grow up to be gardeners’ friends - slug and snail-devouring frogs and toads.

Tadpoles can be found everywhere on mainland Scotland in early spring, even in built up areas - including our biggest cities. The best places to look are in ponds and ditches.

Mairi said: “I love looking out for spawn and tadpoles when I’m out and about at this time of year. It’s amazing watching them grow from little eggs into tadpoles and then, if they are lucky, into tiny frogs and toads.

“Frogs and toads are our friends, particularly in the garden. They love eating slugs, snails, ants and spiders. And they are food for other animals and birds like blackbirds, hedgehogs, foxes and badgers. They are also good indicators of the health of the wider countryside as they have a porous skin that is sensitive to pollutants.

“If you have a garden, making a small pond is one of the best ways to help them. Don’t have fish in there too, though - they not only eat tadpoles, they can pass on disease. Cut down on the use of pesticides around your garden, especially slug pellets. And drive carefully if you come across toads crossing the road – they often travel back to the same ponds to breed each year in the late winter and early spring and will cross whatever is on their route – including roads. So keep your eyes peeled – and happy spotting!” 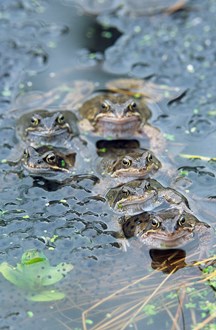