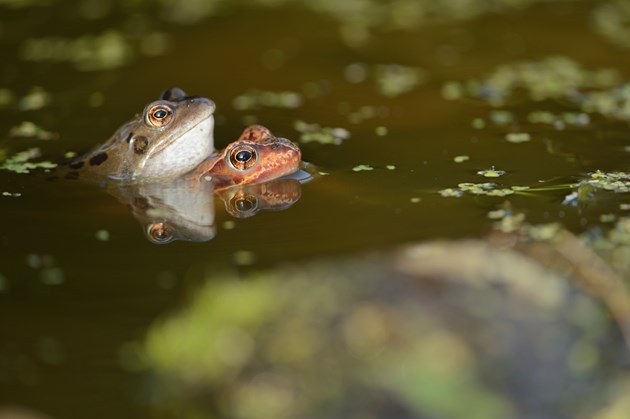 Three nature projects will share £367,000 to create better homes for wildlife around Glasgow. The projects are among the recipients of Scottish Natural Heritage’s (SNH’s) Biodiversity Challenge Fund.

Scottish Canals will use £130k to create an important habitat for fish, birds and amphibians in North Glasgow; the Seven Lochs Partnership will develop green corridors for wildlife and attractive, species-rich places for people with an £80k award; and Buglife’s Central Scotland B-Lines project will use its £157k to create a coast-to-coast network for nature.

The Seven Lochs project will make a large urban habitat network across 21 sites and an area of about 2000 hectares, including new wetlands and grasslands and extending Local Nature Reserves. A small team of volunteers will be formed – the Species Rich Networks Team (SpRiNT) – and provided with training to carry out specialist habitat creation and management. The project will involve a range of organisations including Glasgow City Council, North Lanarkshire Council, Scottish Wildlife Trust, The Conservation Volunteers and the Northern Corridor Conservation Volunteers.

Scottish Canals will create floating wetland habitats on the canal at Pinkston Basin. The project will complement current work at the nearby Claypits Nature Reserve, installing more than 3,600 native aquatic plants on floating platforms to attract a variety of pollinating insects, amphibians, birds and fish. Wetlands are a high priority habitat in Scotland and the project will create a wetland refuge in the heart of the city, located between the significant regeneration currently taking place at Sighthill and Dundashill as part of the North Glasgow Integrated Water Management System.

Central Scotland B-Lines will create 100 hectares of wildflower habitat across 50 urban sites, connecting East Dunbartonshire, South Lanarkshire, Falkirk and Edinburgh, helping pollinators to move freely through towns and cities. Local community groups will take on ownership of each site. The project includes training in areas such as managing and monitoring of local sites, and how to increase habitat connectivity across the Central Belt.

Suzanne Burgess, Buglife’s Scotland Manager, said: “We’re delighted that our ground-breaking, landscape-scale project has received this funding from SNH. We’re now really looking forward to working with our partners, fantastic volunteers and local communities around Glasgow and the other project areas to try and halt the decline in Scotland’s vital pollinating insects.”

Along with climate change, nature – and biodiversity loss – is also a global and generational threat to human well-being. However, enhancing our nature is also recognised as being part of the solution to the climate emergency.

These projects are three of 14 successful applicants across Scotland to share the £1.8 million Biodiversity Challenge Fund over a two-year period The funding will support large-scale projects that aim to deliver rapid change on the ground to help our most at-risk habitats and species, including mammals and birds, connect existing nature reserves and tackle non-native invasive species.

Minister for Rural Affairs and the Natural Environment, Mairi Gougeon, announced the awards on a visit to one of the successful projects in Edinburgh. She said: “I am delighted that, through the Biodiversity Challenge Fund, the Scottish Government and SNH can support these fantastic projects across the country to safeguard some of our most vulnerable species and habitats, and protect them from invasive species. Their success will play a crucial role in our efforts to improve nature and help Scotland meet its international biodiversity commitments.”

SNH Chief Executive, Francesca Osowska, said: “Climate change is one of the key drivers of nature loss – but it’s not too late to act. In fact, improving nature is also one of the solutions to the climate emergency.